Fox News reported that CNN had given scripted questions to one of the survivors of the Parkland H.S. massacre to ask during a town hall style debate on gun violence.  CNN vehemently denied this claim and it has has since been confirmed to be Fake News.  That didn’t stop a certain high level government official from tweeting about it.

Here is a link to the original Fox News story:

Guess who took the bait hook, line and sinker: 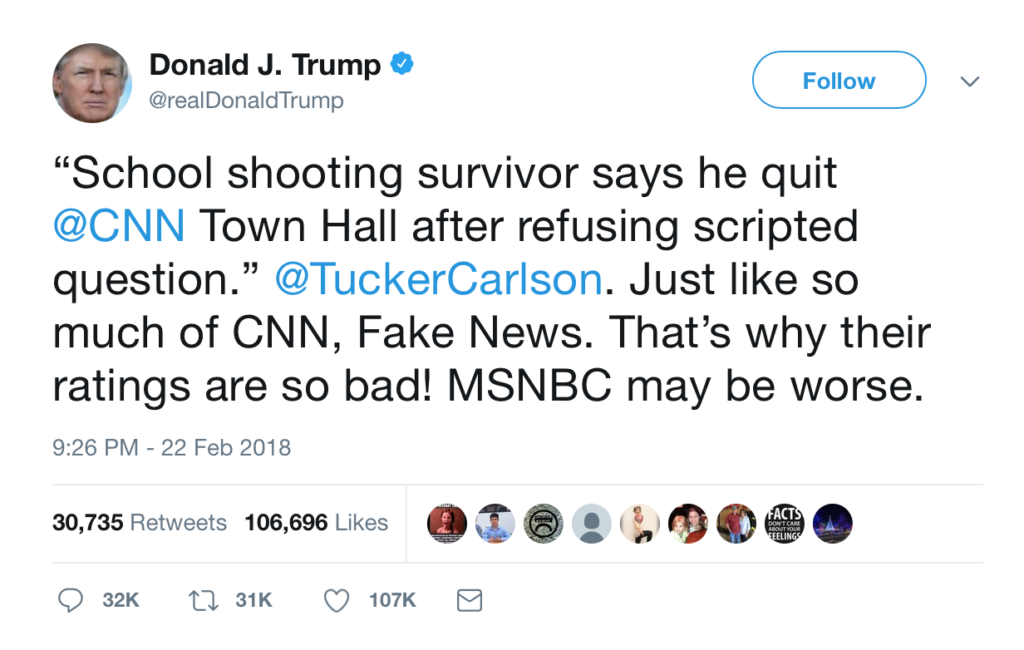 Here is Tucker Carlson retracting that story on Fox News: